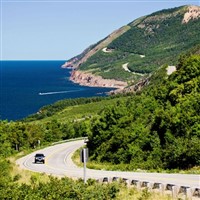 Luggage service (1 bag per person) and Souvenir lobster boppers for each passenger.

Depart Mechanicsburg 7:00 ~ Carlisle 7:30AM
Check in to Foxwood Casino ~ Enjoy the day and evening at the resort. The new Tanger Outlets are open so shop till you drop or try lady luck. The time is your to explore. Enjoy you meal
vouchers and casino rebates.

Enjoy breakfast this morning before departing for Maine. Free time for lunch on your own in Portland’s Old Port. Your guide will point out popular eateries. Meet your local guide for a narrated morning tour of Portland. You’ll see views of Longfellow’s boyhood home, sea captain houses and the elegant Victoria Mansion as you drive through historic neighborhoods overlooking the islands of Casco Bay in Portland Harbor. Your tour includes photo stops at three area lighthouses. (Spring Point Ledge Lighthouse, Bug Lighthouse, Portland Head Lighthouse) Overnight accommodations in Bangor area for one night. Dinner included this evening. A Lobsterette will meet you in Portland with a bag of souvenir lobster hat and customs declarations cards for Canada.

Enjoy an included breakfast this morning at the hotel. Travel over to Lubec, the first US town to see the sun rise as the easternmost point in the country. You’ll cross the Roosevelt International Bridge to the island of Campobello. Visit the Franklin Roosevelt cottage and have a box lunch with Eleanor. Free time after lunch to explore Roosevelt Campobello International Park at your leisure. You’ll see a15-minute film telling the story of Roosevelt's "beloved island" and exhibits with historic family and island photos. Then go back in history by touring the 34-room "cottage" occupied 1905-1921 by the Franklin D. Roosevelt family. There are docents throughout the cottage to answer questions. Near the cottage, winding paths meander by charming flower gardens and lead to scenic vistas overlooking the beautiful bays. Travel to Calais, Maine this afternoon and cross the border into St Stephen, New Brunswick. Welcome to Canada! (Atlantic Canada time) Continue to the Loyalist City of St. John. Arrive at your hotel on the outskirts of Saint John, NB where you will meet your kilted Atlantic Tours tour director. Enjoy a brief tour of the Loyalist City, including a stop at the Reversing Falls Skywalk. Enjoy dinner at a local restaurant.

Today, you will head to one of the Marine Wonders of the World, an amazing region powered by the highest tides in the world.  You’ll travel through Fundy National Park to Hopewell Rocks to see where the tides have gouged four-story flower pot sculptures from the cliffs.  At low tide, you can walk along the ocean floor and walk under arches created by the towering rock formations.  In the afternoon, cross Confederation Bridge – the world’s largest multi-span bridge connecting the providence of New Brunswick and the pristine Prince Edward Island.

Breakfast included this morning before you’ll spend the day touring Prince Edward Island. Tour the highlights of the city of Charlottetown with your tour director.  Your day will continue with a visit to Green Gables, the house immortalized by Lucy Maud Montgomery in her “Anne” books. Spend time in Prince Edward Island National Park, renowned for its red sandstone cliffs, rolling sand dunes and lush green fields.  Dip your toes in the ocean at Cavendish Beach, if you wish. Don your souvenir lobster hat for a traditional PEI lobster supper is included this evening.

This morning, depart your hotel for Wood Islands where you will take a 75-minute ferry ride back to Nova Scotia. (Your motorcoach goes on board with you!) Once you arrive in Nova Scotia, you will make your way up to Cape Breton Island stopping for lunch along the way. Cape Breton’s most famous resident, Alexander Graham Bell, once said "I have traveled around the globe.  I have seen the Canadian and American Rockies, the Andes, the Alps and the Highlands of Scotland, but for simple beauty, Cape Breton outrivals them all." Continue to Baddeck and visit the Alexander Graham
Bell National Historic Site for an insightful look into the mind of the famous inventor. Check into your hotel for a two-night stay. Attend a Ceilidh in Baddeck this evening where you will experience Cape Breton fiddle music, song and dance.

Today, you will discover first hand why Conde Nast magazine readers rated Cape Breton one of the top ten most beautiful islands in the world! Named for explorer John Cabot, the Cabot Trail winds around the rocky splendour of Cape Breton’s northern shore, ascending to the incredible plateaus of Cape Breton Highlands National Park. Lookouts offer unforgettable vista of Cape Breton’s rugged coastline so be sure to have your camera ready! While traveling the Cabot Trail, stop in Cheticamp, well known for its “hooked crafts” and Acadian culture. Return to your hotel for the
night. Dinner on own this evening.

Enjoy breakfast before you depart. Depart Cape Breton Island and cross the Canso Causeway to mainland Nova Scotia passing by the towns of Antigonish and Truro before arriving in the capital of Nova Scotia, Halifax. Enjoy lunch on your own followed by an overview tour of the historic port city. Hear stories of Halifax during the war years, including the Halifax Explosion and the city's role in the recovery operations after the Titanic disaster. Following your tour will be free time during which you'll have the option to visit the Maritime Museum of the Atlantic where you can immerse yourself in Nova Scotia's rich maritime heritage. You'll discover the stories, events and people that have come to define Nova Scotia and its relationship with the sea. This evening enjoy a one-hour tour of Alexander Keith's Brewery. You will have an opportunity to sample the beer before relaxing over dinner in a local pub. Spend one evening in the Dartmouth area.

Enjoy breakfast this morning before you’ll travel to the unique fishing village of Peggy’s Cove. The tiny harbour below the lighthouse is a masterpiece of seasoned fish sheds and colourful fishing boats, making it one of the most photographed places in Canada. Be sure the see the sculpture carved in the granite rock by well-known artist William De Garthe. Continue to Mahone Bay for a photo opportunity of the three churches on the harbour before arriving in where Lunenburg, a UNESCO World Heritage Site.  Enjoy time to explore and have lunch on your own.  Depart for Yarmouth
you will spend your final night with dinner included in Canada.

After an early breakfast, board the Bay Ferries “CAT ferry”" from Yarmouth NS to Portland, Maine. Board at 7:30, depart 8:30 am. Arrive approximately 1pm local time in Portland, Maine. Lunch is available on board at your leisure on this 5.5 hour voyage that saves you hundreds of miles of driving! You have comfortable reserved seating on the ship, which features 3 food & beverage areas, movie area and outdoor decks. No casino or cabins on board. Coach and passenger passage is included in tour package. Enjoy free time in Bar Harbor before you’ll meet your guide for an afternoon tour of Acadia National Park. Bar Harbor has been celebrated for its breathtaking beauty ever since the island was discovered in 1604 by Samuel de Champlain, who named it "Isle de Monts Desert"
(Mt. Desert Island) for its bare, desert-like mountaintops. Here, in the first park east of the Mississippi, you’ll see tremendous coastline views that have attracted the elite to this area for years and hear stories of the Victorian “rusticators” and more recent visitors and famous residents. Highlights of this tour include the stunning Loop Road, the summit of Cadillac Mountain, crashing waves at Thunder Hole and quiet beauty of the Wild Gardens of Acadia. A traditional Maine lobsterbake dinner at Bar Harbor in a casual setting overlooking nearby Hulls Cove.

After your breakfast, make your way south along the coast to Camden Hills State Park. Have your camera ready for a photo stop atop Mt. Battie, where you’ll see sweeping views of Penobscot Bay and the surrounding islands just as the fall foliage colors are coming into view. Travel to Freeport, Maine, for lunch on your own. You’ll have time to explore Freeport Village, home of the LL Bean flagship store and a variety of outlet shops and casual restaurants. Travel to Kennebunk where you’ll meet your local guide for a narrated tour, sharing the history and folklore of the two
ship building villages, Kennebunk and Kennebunkport. Drive past the beaches, hear the legend of the Wedding Cake House and maritime history of sea captains and shipbuilders. You’ll travel through the port and along Ocean Avenue, past the Bush summer home at Walker’s Point and stop at the Franciscan Monastery with its seaside shrines and gardens. Check in to a Portsmouth New Hampshire hotel for one evening. Dinner included this evening at hotel or local favorite restaurant.